JUL 29, 21.06 UTC- Skipper’s message: “At 66°14’N, 14°15’W Jonathan Selz made the first successful test of the DST probe he developed for the project. Based on a modular infrastructure using Yoctopuce interfaces and a Raspberry Pi the probe is a central part of data acquisition related to sea water temperature and salinity.”

“Today is the first test of the DST probe aboard Nanuq: The story begins in 2019 when Peter and Jonathan decided to design a miniaturized and modularized version of a hydrographic probe. A real challenge begins by sizing a system capable of measuring salinity, pressure and temperature while remaining secure at 100 m depth ! It is now done with this first functional prototype, which will allow us to measure vertical profiles and trailing profiles between Iceland and Greenland.
This information will allow us to know more about thermocline and halocline, essential values to study the melting of the ice as well as to discover the submarine thermal sources, pioneer systems giving information on the evolution of the ecosystem due to climate warming . Finally it will contribute to a better knowledge of the current on the east coast of Greenland (large overflow of Arctic glacier cap)”. 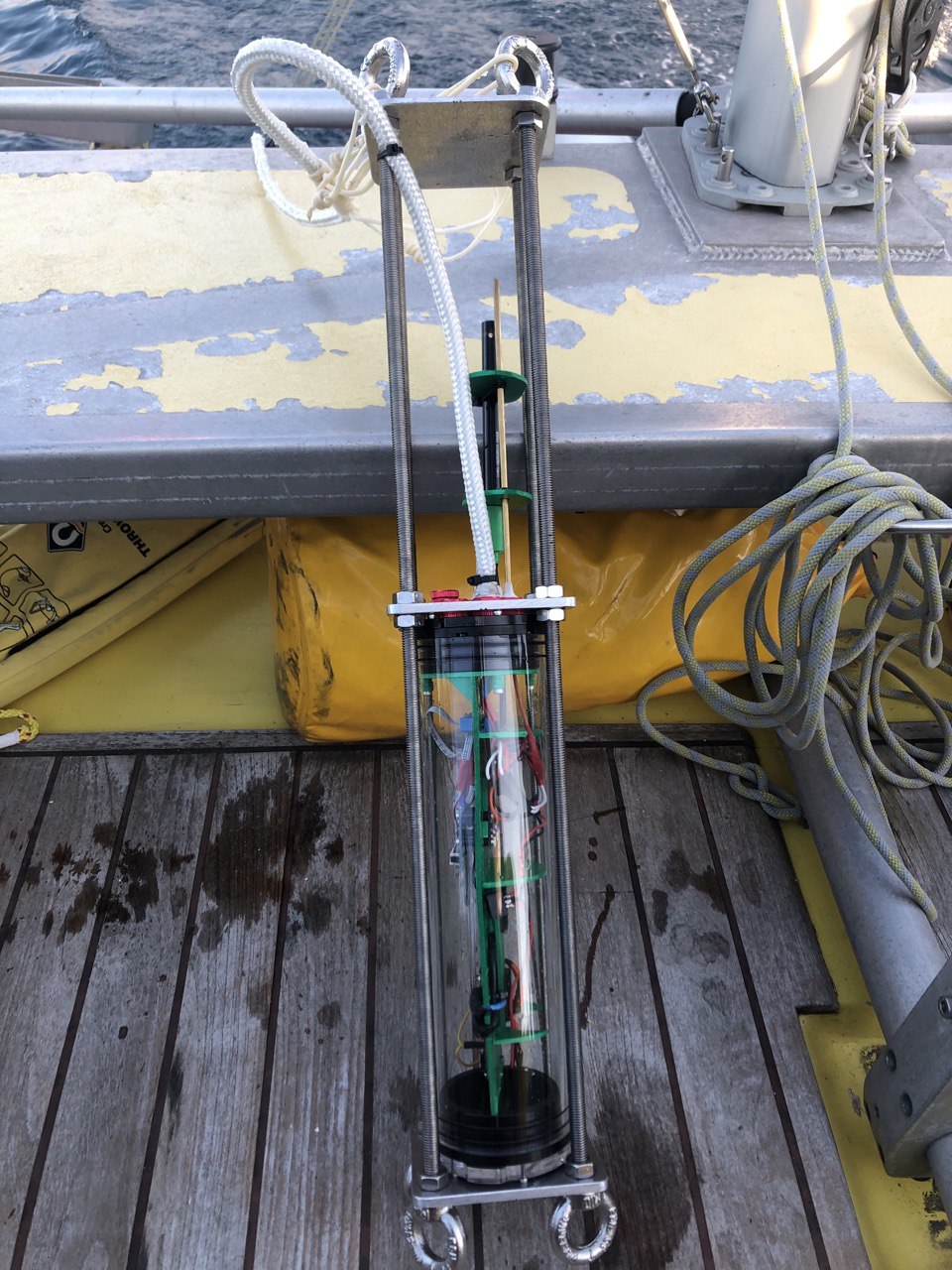