NANUQ2020 is approaching Iceland. According to the last progress report sent by the Skipper at 12.26 UTC, the boat is sailing in rough sea at good speed, taking advantage of a steady northerly wind. The last automated report from the boat navigation system was also at 12.26 and indicated that NANUQ was heading 266° (almost exacly west) at a ground speed of 7.56 knots (13.5 km/h). Her position was Lat. 65°37’N, Long. 10°50’W. Situation onboard is normal, estimated arrival to Seyðisfjörður is at about 22.00 UTC tonight. This second part of leg 19 proved more physically challenging for the crew, but no inconvenience was reported either regarding the personnel or the boat. – Archive photo by Gianluca Casagrande (2018) 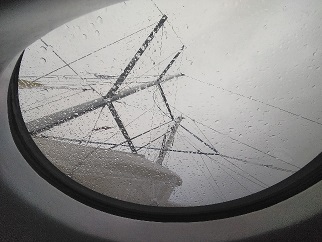 10.30 UTC – Several messages from the skipper this morning provided an update about the current situation of NANUQ’s leg 19 to Iceland. After a slight deviation yesterday to keep clear of a large area of bad weather, the boat is following a rather northerly route towards her destination. This allows to take advantage of favourable conditions, with good weather and fair, steady winds from the most appropriate directions. NANUQ has been travelling on sail at an average speed of 9 knots for most of the last 24 hours. During her cruise, she is slowly closing in to the Arctic Circle and as it is typical of this season, while Latitude increases, the crew is experiencing a correspondingly increasing duration of daylight. Longer sunsets give way to shorter nights and to earlier, longer dawns. You can easily observe this phenomenon by downloading and using the free Twilight calculator from the Passive Igloo Project website at : http://igloo.sailworks.net/app_twilight_e.htm 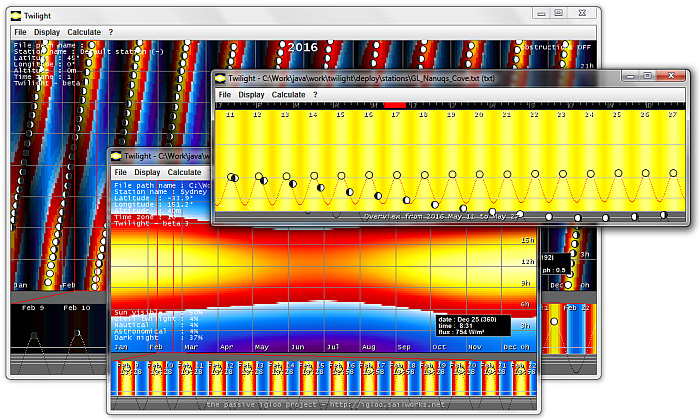 21.00 UTC – NANUQ has crossed the “meridian of zero longitude” (also known as the “Greenwich Meridian”) at 17.24 UTC today and is now about 200 nautical miles north of Shetlands in position 62d45N, 0d49W. A skipper’s dispatch received at this time reports the following: “Making fantastic progress with average 9 knots, 214 nautical miles over the last 24 hours. Sighted dolphins and 2 whales. Plenty of fulmars accompanying NANUQ. We haven’t sighted any sign of human activity over the last day… Our autopilot is doing a fantastic job. Great sailing and a privilege to be here and now! Sailing with steady easterly winds north of a low pressure system. Have a good night!” NANUQ is on her way to Seyðisfjörður, east Iceland, where she is estimated to arrive in two days.

After having departed her mooring in the Norwegian fjords yesterday, NANUQ headed west last night initiating her crossing towards Iceland. An update message was sent early this morning by the skipper via Iridium, at 6.03 UTC (8.03 Norway’s time): “Good morning. We are now (in position)  62d00N 2d08E, 120 (N)M NNE of Shetlands. Beating against 4 to 5 Bft to the N to get around a low pressure system while headin(g) NW now. Crew still tired and getting now acquainted to life on sea. Speedin(g) at 8 to 9 (kts). Great sailing job!”. Like other sailboats, NANUQ can navigate at much a faster speed on sail than on engine (her normal cruising speed in that case would be 6-7 knots) and wind-propelled cruise is always preferred during open sea crossings, being much more environmentally sustainable and performance-efficient. During the first days of navigation – as usual onboard NANUQ – activities are mostly managed by the sailors and by the more experienced crewmembers, while newcomers warm-up in their roles onboard and progressively take over some part of the work.

21.00 UTC – NANUQ Departed for a short test trip today, leaving her quay in Florvar and completing a 25 nautical miles navigation in order to verify that all systems and equipment are ready for the expedition. Meteorological conditions were good and warm, allowing the crew to comfortably wear relatively light garments in what Skipper Gallinelli described as “summer conditions on departure”. After this first “small step” in the expedition, NANUQ moored in a safe area for last preparation procedures and to allow the boat’s crew a full night of rest before commencing the crossing to Iceland.

11.30 UTC – Preparatory works on S/Y NANUQ were completed this morning and the boat will be taken out of the harbour for the usual pre-expedition sea tests later today. The crew is currently settling onboard and undergoing pre-departure activities, skipper Peter Gallinelli reports that everything is going according to plan, so far. Departure of NANUQ2020 is scheduled for tomorrow around noon, if technical and meteorological conditions will remain favourable.

NANUQ2020 project leader and skipper, Prof. Peter Gallinelli, has completed around noon today a 18 hour,  1,500 km drive from Geneva to Hirtshals, in northern Denmark, finding 16°C and rain there.Apparently, this is developing as a rather meteorologically unstable and rainy summer for this northern region. Prof. Gallinelli departed Hirtshals at 20.20 on a ferry ship, bound for Norway, carrying equipment for the expedition. This marks another step towards the actual start of NANUQ2020, which will take place a few days from now, when the boat will cast-off Norway. Before departing Hirtshals, a first communication check via IRIDIUM took place between the  skipper and expedition members. This satellite communication system will be used to keep contact between S/Y NANUQ and her various workgroups in remote areas where standard cellphone and data connections are not available. 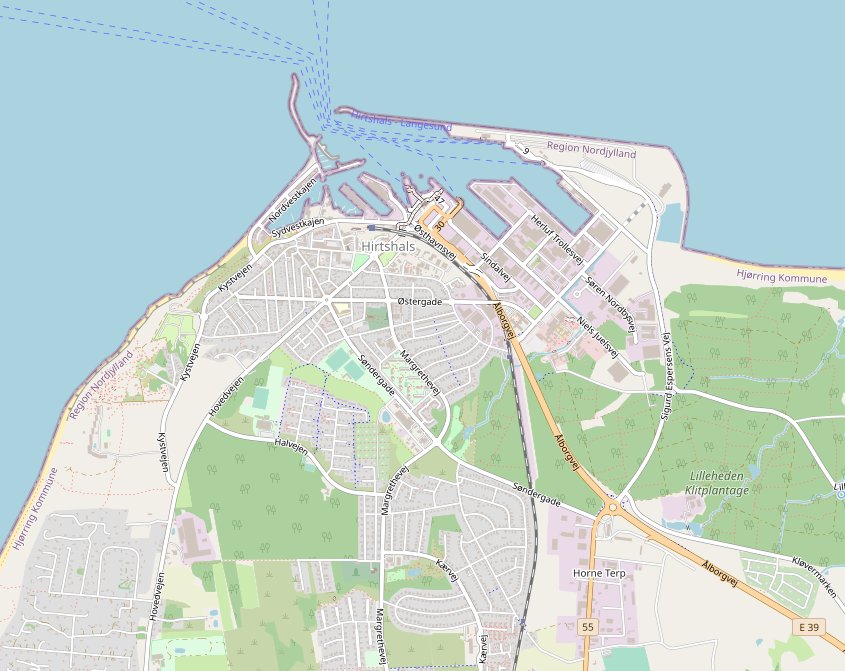 Nanuq2020 is working on a reorganization of its expedition plan due to Covid19-related mobility limitations in Europe.

Gathering in Bergen, Norway, is now planned for July 20-21. General expedition plan will be updated as soon as possible.

After a long wait, dense in uncertainties about the development of the Covid19 lockdown throughout Europe, NANUQ2020 has begun setup operations and issued a schedule update for its journey. The expedition crew is planned to gather in Bergen (Norway) on July 13th and begin boat and equipment preparation and checks. NANUQ will leave Bergen on July 17th heading for Shetland, Faer Oer and Iceland, where it will dock at Isafjordur on July 23rd, having logged about 1,600 km. A stop-over will take place in order to refuel and fill up the water tanks, as well as for performing the last pre-expedition checks. NANUQ will depart Isafjordur on Saturday July 25th and two days later it will reach the Arctic wilderness at the southern edge of the Blosseville Coast, following it northbound for over 490 km until reaching Cap Brewster on August 8th. It will then return to Isafjordur for refuelling and renewing supplies, and also to allow for crew turnover; then the expedition will leave again on August 4th, heading back to Greenland and exploring Scoresby Sund for 9 days. After a final stop-over in Isafjordur, NANUQ will then reach Reykjavik and moore there on August 23rd for deactivation and wintering preparations.

NANUQ2020 is a joint effort by experienced researchers and workgroups with various competences and backgrounds, all gathered around the common intent to better understand the Arctic and to encourage public awareness of its current environmental situation. S/Y NANUQ, as an environment-friendly floating research lab will host several experiments and activities all aimed to clarifying possible threat scenarios for the environment in the Arctic region and to spreading knowledge about problems and possible solutions. NANUQ was developed by Sailworks (www.sailworks.com) upon design and direction by Peter Gallinelli. Scientific activities onboard will be coordinated by Frederic Gillet and conducted by an international team of onboard and onland scientist. The project’s leading institutions, i.e. boat-builder Sailworks, sailing association Acapela, scientific association Aqualti have developed considerable previous experience in Arctic operations. After her launch in 2014, NANUQ was in Arctic every summer including a year-round navigation and permanence in Greenland in 2015. In summer 2018 NANUQ and her crew were involved in the Polarquest2018 scientific expedition, cruising from Iceland to Greenland and to Svalbard. She then circumnavigared the archipelago reaching a top Latitude of 82°07’. During that expedition, NANUQ served as floating laboratory to perform, among several scientific activities under 3 different research programmes, relevant cosmic-ray detection and measurements, sampling of micro-plastics in those remote Arctic regions, and several geographic observations. In 2019, NANUQ and her crew visited several locations in Norway. NANUQ2020 will be another step in this quest for knowledge and awareness about environmental issues of today and tomorrow.